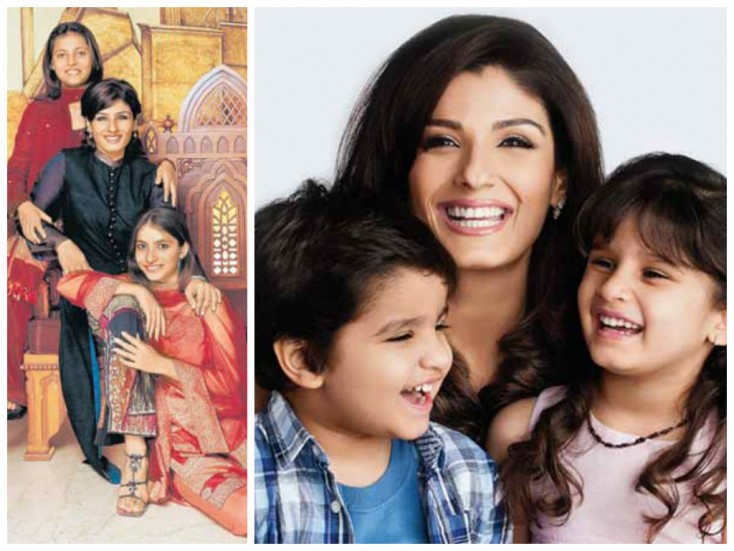 Celebrities Who Adopted Children And Gave Them Better Lives

Back in the 90s, the process of adopting a child in any part of the country came with a lot of unwanted questions and controversies. Despite that, many Indian celebrities decided to fight the hard fight and successfully adopted children, and welcomed them into their families. Women like Sushmita Sen and Raveena Tandon opened their hearts and homes to children at the young age of 20-something, knowing very well the responsibilities that came with being a single mom. We still love and respect them, and other celebrities, for standing by their decision and encouraging other hopeful parents to consider adoption.

After a long and complicated legal battle, Sushmita brought Renee home when she was just 25. She adopted her second daughter, Alisah, in 2010.

Raveena was 21 when she adopted two girls, Chhaya (8) and Pooja (11), daughters of a distant cousin who was going through some financial trouble.

Mithun adopted Dishani when she was a baby, and raised her along with his sons, Mahaakshay (Mimoh), Ushmey, and Namashi.

Salim Khan adopted Arpita, and raised her with his four children – Salman, Arbaaz, Sohail, and Alvira.

Meghana Ghai is the biological daughter of Subhash Ghai’s younger brother (who is a producer with Mukta Arts), but was adopted and raised by Subhash and his wife Rehana.

Dibakar Banerjee adopted a baby girl from a Mumbai-based orphanage, and is raising her

with his wife, Richa.

In September 2013, Neelam and Samir adopted baby Ahana after two years of their marriage.

Kunal adopted a 7-month-old baby girl and named her Radha. He is raising her with wife, Ravina.

Actor and Bharatanatyam dancer Shobhana adopted a baby girl in 2010, and performed the annaprasana for her at the famous Guruvayur temple in Kerala.

Now that the government is finally thinking about adoptive parents, we hope that other hopeful parents are encouraged by these celebrities.